The Century Avenue, which is about 5.5 kilometers long, is the main road in Pudong New Area. What's on this road? There are cars, buildings and lights.——Urban lighting 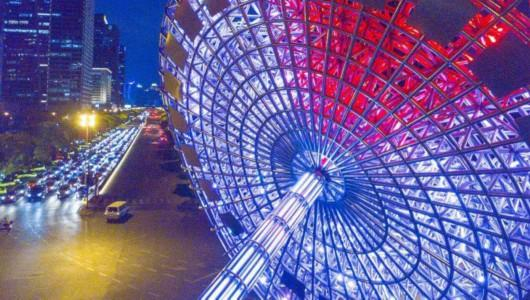 After months of upgrading, the Century Avenue Landscape Lighting Reconstruction Project from Lujiazui City to Pudong New Area Administrative Office Center was successfully completed, according to the Pudong Environmental Protection Bureau. After the renovation, the landscape lighting of Century Avenue takes the theme of "Time Century and Shadow Oriental", realizing the high integration with garden landscape, road greening and surrounding buildings. Set off by the dreamlike and colorful landscape lights, Century Avenue "Xiu" produced a charming night Pudong.——Urban lighting 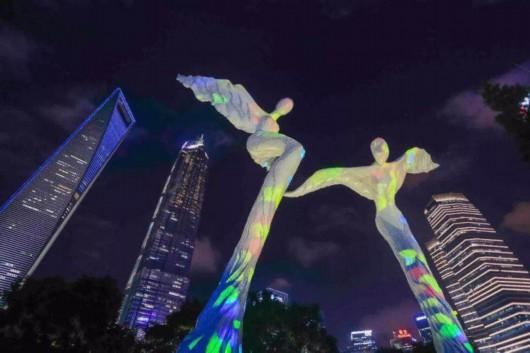 There are a lot of greening along Century Avenue, especially camphor trees, which become the unique "green corridor" of Century Avenue during the day, but the effect of night landscape is not good. This upgrade has changed the tree lighting system, which has been dominated by hanging lights. With more solemn and precise projection method, it makes up for the lack of functional lighting on the road, and creates a dreamy landscape effect, forming a three-dimensional textured road night landscape. The move was also the first in the country.——Urban lighting 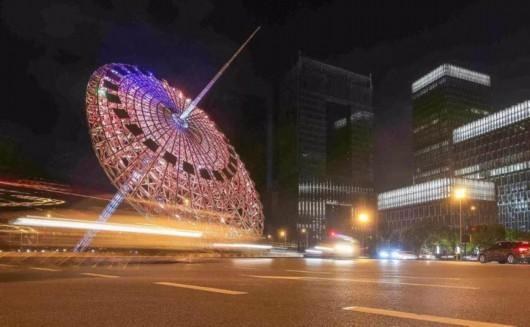 Century Chenguang Square - Keep the original hourglass device and light spot of Chenguang Square, change the traditional lamps and lanterns into energy-saving and high-efficiency LED lights, and add 12 emission timelines centered on hourglass devices to the hard pavement of the Square, symbolizing 12 months of a year and starting again in a cycle.——Urban lighting

City Square - Added through the center of the city square by 366 pieces of light brick composed of two glass bands, hidden under the glass by the LED intelligent lamp module system control so that the light band in the night vivid. A beam lamp is mounted on the top of the eight columns of the Arc de Triomphe, and eight hollow beams of light are displayed in the form of a "light landmark" at night.——Urban lighting 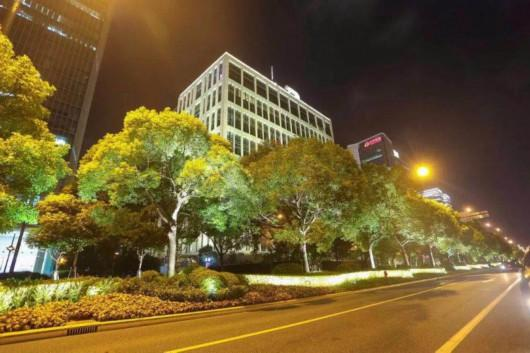 "Three scenes" are the central green space of Lujiazui, the greening node of Weifang road and the node of sundial sculpture.——Urban lighting

Lujiazui central green space - the designer uses digital projection to project a group of carefully selected natural growth animation onto the sculpture of "Goddess of Earth" and "Goddess of Nature", making it shining at night, better interpretation of the meaning of man and nature, time and life.——Urban lighting

Weifang Road greening node - Weifang Road corner greening is surrounded by eight small green islands, is an important greening node of Century Avenue. From the point of view of diversity, through the key illumination of green sculpture and greening, the lighting mode shows the changes of light and shade in different areas, reflecting the diversity of night landscape.——Urban lighting

Sundial sculpture - the metal sundial sculpture of the Century Avenue, the light of the Orient has become the landmark of Pudong. This design uses a more modern interactive scenario mode of lighting practices, from the traditional light source upgraded to LED lamps, on time through the color movement of light changes, showing a "scale indicator" effect.——Urban lighting 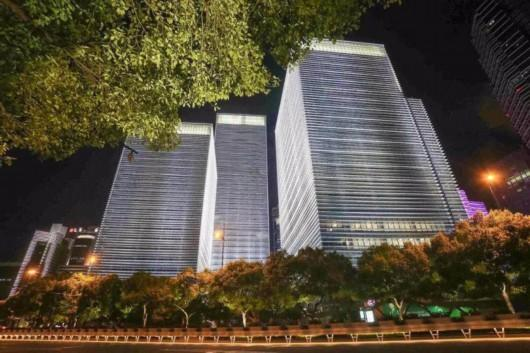 In the promotion and transformation of eight theme gardens named after plants, the designer, on the basis of respecting the landscape upgrading scheme, combined with cultural elements and symbols according to the theme of the eight gardens, strengthens the theme in each theme garden, and selects relevant nodes to strengthen the cultural content of the theme: elegant willow garden, Metasequoia garden. The elegance of Cherry Garden, the spirit of Magnolia Garden, the sensibility of Tea Garden, the agility of Lagerstroemia Garden, the stability of Bauhinia Garden and the colour of Luan Tree Garden all set up the individualized characteristics of the park through the light and shadow effect.——Urban lighting 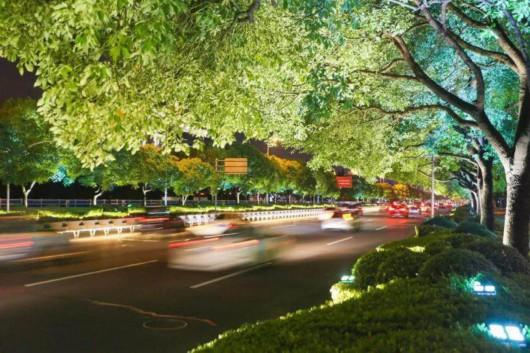 At the same time, the landscape lights of 37 buildings on both sides of Century Avenue will form a continuous, high and low skyline at night, making Lujiazui's night more beautiful.——Urban lighting

Dalian Xinghai Technology is committed to building an excellent LED brand, producing quality products and serving customers. All kinds of LED lamps, if necessary, please feel free to contact us.

Previous: Philips Photonics, A VCSEL Subsidiary, Will Be Sold To Give Up Lighting Business Altogether.
Next: The Chinese Engineer Who Had Returned To China As Deputy General Was Accused Of Stealing Commercial Secrets From San Jose And Fined 66 Million Dollars.